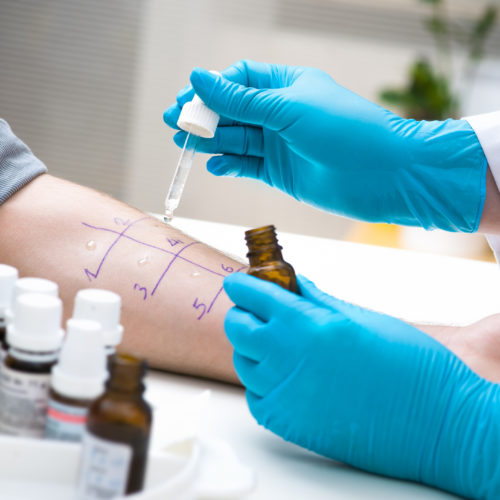 “That which does not kill us makes us stronger” – Friedrich Nietzsche, German philosopher.

Strength is derived from adversity. This is a common idea in the science of our mental and physical health. But how true is this axiom in reality?

In one example, developmental psychology tells us that children must be challenged, pushed out of their comfort zone and faced with a wide range of experiences to grow strength of character. When parents strive to protect of their children against all evils, it is the shield that becomes the evil itself. But this idea has its limits. Children who suffer childhood adversity are at risk of major depression later in life, and children who suffer maltreatment exhibit stunted brain development, with a 6% reduction in total hippocampal volume in adulthood.

The same model applies for the development of our immune system. Challenges in this case include exposure to environmental pathogens and engineered challenges in the form of vaccines. The phenomenon of immunological strength from adversity is known as the Toxin Hypothesis.

The toxin hypothesis describes how sub-lethal exposure to environmental toxins, for example bee stings or the chemicals sometimes found in peanuts, strengthens the immune system in preparation for later exposure. It was first demonstrated experimentally in 2013, when mice dosed with low levels of bee venom were subsequently protected from a larger dose that was otherwise fatal to unexposed mice (Palm et al., 2013).

The initial exposure provides an opportunity for the non-specific innate immune system, the body’s first line of defense, to sense and respond to the pathogen. The adaptive immune system is subsequently initiated, storing the pathogen’s molecular signal in the B cell-mediated memory bank.

Evolution of the Immune System

Our immune system likely developed to combat infection from both endo- and ectoparasites. Endoparasites live inside a host’s body and include worm-like helminths, such as tapeworms and blood flukes, whereas ectoparasites such as tick, mites and insects stay predominantly on the outside of the body. In response to these parasites, the body develops an IgE-mediated allergic reaction mechanism to quickly identify and expulse these pathogens, while also creating a molecular memory bank through the adaptive immune system for long-term use (Maizels, 2016).

Upon initial encounter with a pathogen (sensitization), the body detects the molecular signature of the pathogen (antigen) and produces IgE antibodies that bind to the antigen. These IgE antibodies can then activate antigen-presenting cells that digest these antibodies and recycle the antigen to be presented on their cell surfaces in order to activate other immune cells. The antigen is also recognized as foreign by dendritic cells and is stored in B-cell mediated memory banks. Meanwhile, IgE antibodies amplify the typical immune response that includes increased blood and immune cell flow to the affected area, resulting in swelling, heat and redness (i.e. inflammation).

However, in spite of the evolution of this sophisticated system over thousands of years, there are still unintended side-effects that range from the everyday irritation of allergies to life-threatening autoimmune disorders. Why does the immune system react adversely to innocuous environmental cues such as food allergens? The answer is realized when comparing the molecular signature of parasite toxins, environmental irritants and food allergens.

Researchers have identified significant similarity in the IgE-binding region of various allergens, which mediate allergic responses (Tyagi et al., 2015). In an attempt to more comprehensively characterize and react to parasitic threats, the immune system has widened its immunological net for what it considers an allergen, catching innocent environmental ‘allergens’ in the process.

An evolutionary trade-off invokes the idea that you must sacrifice something to achieve a desired benefit. But we’re also familiar with this concept in daily life. A trade-off you may experience working a full-time job is how you partition your work hours; you may choose to suffer through working an extra hour each day, but subsequently receive the substantial benefit of having every second Friday off.

Similarly, in the scientific world of cancer, the uncontrolled proliferation of cells is offset by programmed cell cycle arrest, known as senescence. However, senescent cells continue to secrete inflammatory molecules that attract the attention of the immune system, resulting in chronic low-level damage to the surrounding tissue. The secretions also, ironically, increase the likelihood that high-risk surrounding cells will develop into full blown tumour cells.

In the case of the immune system, our body developed a more reactive immune system to combat the immediate, life-threatening danger of a parasitic infection, but suffered the consequence of chronic, lower-level discomfort from otherwise harmless environmental allergens while doing so. This was an evolutionary trade-off.

The competition between the attacking potency of a predator and the defensive capabilities of their prey is a common example of an evolutionary arms race. But this can also be applied to host-parasite interactions. The immune system itself evolved within this framework as a response to parasitic infection, but it doesn’t end there.

Helminth parasites have developed molecules that once secreted can dampen the host’s immune response and help them evade expulsion from the body. These molecules have become the focus of researchers who want to turn this health challenge into an opportunity to develop therapies for immune hyperactivity.

Instability of the Immune System

Inherently, the immune system involves a fine balance, a real-time trade-off between providing sufficient defense against foreign microbial invaders and limiting damage to the host throughout the process. But it’s easy to throw this fine-tuned balance out of equilibrium.

“Highly specialized immune system components have evolved to combat the effect of infecting parasites and provide immunity against the infection; however, in the absence of infection, this system can switch to the collateral damaging mode and becomes hyper-responsive towards innocuous environmental proteins.” – Tyagi et al., 2015

Without infectious parasites dampening the immune response, the system can go haywire. And this hints at one of the aspects of what is known as the hygiene hypothesis.

It is hypothesized that through our tyrannical desire to ensure the cleanliness of our environment, we have inherited a drastic rise in immunological diseases since the 1960s.

A sterile home has dysregulated the intricate maturation of a healthy immune system; our bodies have become less educated about our microbial foes. Therefore, when we encounter them later in life, we are less immunologically equipped to fight off their attacks. Eating a handful of dirt not only teaches a child the difference between what tastes good and bad, it also exposes their immune system to novel pathogens and teaches them how to quickly recognize them for effective degradation in the future. Similarly, early exposure to potential food allergens such as nuts, eggs and seafood has been shown to be protective against allergy development, as the body learns to recognize harmless allergens from harmful pathogens (Du Toit et al. 2015).

But a lack of exposure to environmental pathogens isn’t the only issue.

Alteration of a child’s microbiome [the microbes living in and on the body] can also have a significant impact on their chance of developing allergies, as this has an intrinsic relationship with how your body recognizes friend from foe.

Undesirable microbiome changes can result from:

Treating the symptoms of immunological disorders is an expensive, reactive approach that doesn’t address the underlying problem. Looking into the evolutionary underpinnings of the immune system and how it has become highly unstable in recent years is essential for creating a more conclusive, enduring cure for immunological disorders. In the context of the immune system, Friedrich Nietzsche was right on the money. That which does not kill us makes us stronger!

What else can you do to mitigate inflammation caused by allergies? You can help manage the inflammatory responses of your immune system with an anti-inflammatory diet (with plenty of fruits, vegetables, fish and olive oil) and regular exercise. Feeding your healthy gut microbes and maintaining a healthy weight, potentially with the help of intermittent fasting, may also help manage an over-active immune system.